Barghest creeps into your heart! (maybe) 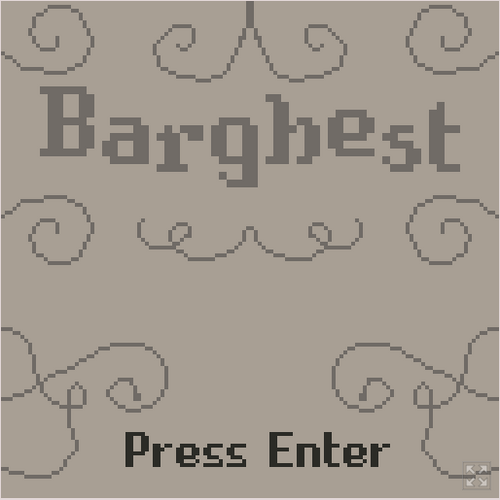 I'm getting to this point in my life where making something feels better than experimenting something someone else did, I probably spent more time doing this little thing than actually playing for the last week, it's a very rewarding process.

the game is pretty much a twin stick shooter with a melee approach, I like to call it a twin stick slasher, top down games with sword fighting are some of my earliest love for gaming, my very first one was Zelda Oracle of Seasons, other great examples are Crystallis and Radia Senki and more recently Minit, there's something about that simple thrust attack that is just etched on my brain now, I really hope to make an adventure/action rpg game eventually, I owe those games that much.

Construct 2 is a rather fun program to use, but I hope to eventually move the project to something more open so I can give it some more love and updates, but right now I hope it's something at least somewhat fun that people might like.

Liberate the spirits of the damned with your blessed sword!